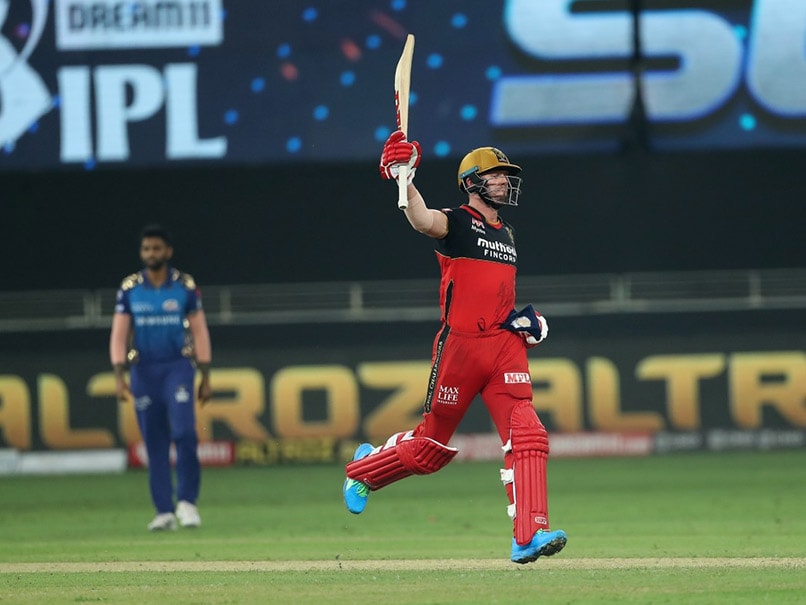 Former England captain Kevin Pietersen on Tuesday hailed Royal Challengers Bangalore wicketkeeper-batsman AB de Villiers for giving a match-winning performance against Mumbai Indians. His remark came as RCB defeated Mumbai Indians in the Super Over on Monday at the Dubai International Stadium. In the Super Over, Mumbai Indians were able to score just seven runs as Navdeep Saini bowled a brilliant over, and Virat Kohli and AB de Villiers chased it down with ease. In the normal match action, both Mumbai and Bangalore posted 201 runs on the board. Mumbai Indians did not send out Ishan Kishan to play the Super Over as he was drained out and as a result, Kieron Pollard and Hardik Pandya came out to bat.

Pietersen was not impressed with the choice of batsmen made by Mumbai, and he cited de Villiers’ example to say how the best batsman in the team needs to play the Super Over.

“2 super overs and both times the 2 batters who got their team there didn’t bat, cos of what. Look at AB last night. He smashed it, he kept wicket and then he batted again. Couldn’t do media, cos he was busted – no problem. Winner! That’s what the best do,” Pietersen tweeted.

After the match, Mumbai Indians skipper Rohit Sharma explained as to why Ishan Kishan was not sent out to play the Super Over.

“Kishan was drained out and he was not comfortable for the Super Over. He was not feeling fresh and Hardik is someone we trust hitting the long balls,” Sharma told host broadcaster Star Sports after the match.

So far, just 10 ten matches have been played in the IPL 2020 and there have already been two matches which have gone down to the Super Over.

Chasing 202, Mumbai found itself at 78/4, but it was then that Ishan Kishan and Kieron Pollard got together at the crease and formed a stand of 119 runs to take the side closer to the target. Ishan Kishan played a knock of 99, studded with two fours and nine sixes. On the other hand, Pollard registered an unbeaten inning of 60 off just 24 balls with the help of three fours and five sixes.

For RCB, pacer Navdeep Saini finished with figures of 0-43 in his four overs. The pacer also bowled the Super Over, in which he conceded just seven runs even though Pollard and Hardik Pandya were in the middle.

RCB has played three matches in the tournament so far and the side has managed to win two out of these three. The Virat Kohli-led side will next play Rajasthan Royals on October 3.