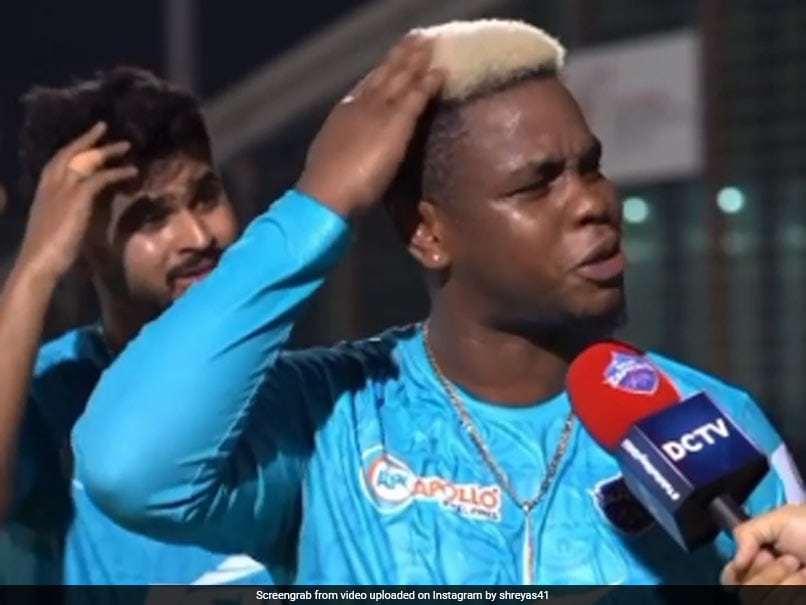 With Delhi Capitals (DC) currently on top of the Indian Premier League (IPL) 2020 standings, things seem to be flowing on a good note in the team’s bio-secure bubble in the United Arab Emirates (UAE). Ahead of their upcoming fixture against SunRisers Hyderabad (SRH), DC captain Shreyas Iyer took to Instagram to share a hilarious video of a Shimron Hetmyer interview. The video which has gone well with DC fans, was captioned as, “Hetty! Always got your back bro @shetmyer”.


In the video, Iyer can be seen mimicking Hetmyer, while the West Indian was busy giving an interview.

In the video, Hetmyer says that he has a decent relationship with Iyer. “Actually, I think I have played against him a good amount of times for now”, he said.

“So, I think we have a decent relationship on and off the field so far. It’s just for us to get a better relationship though, being on the same team”, he added.

Then Hetmyer is even told that Iyer has always got his back. To which, Hetmyer hilariously replies, “Yeah, I realized, he is always here,” pointing at Iyer, who was behind him.

DC began their IPL 2020 campaign with a Super Over win over Kings XI Punjab (KXIP), followed by a 44-run victory against MS Dhoni’s Chennai Super Kings (CSK). In their upcoming match, they play against SRH on September 29, at the Sheikh Zayed Stadium.