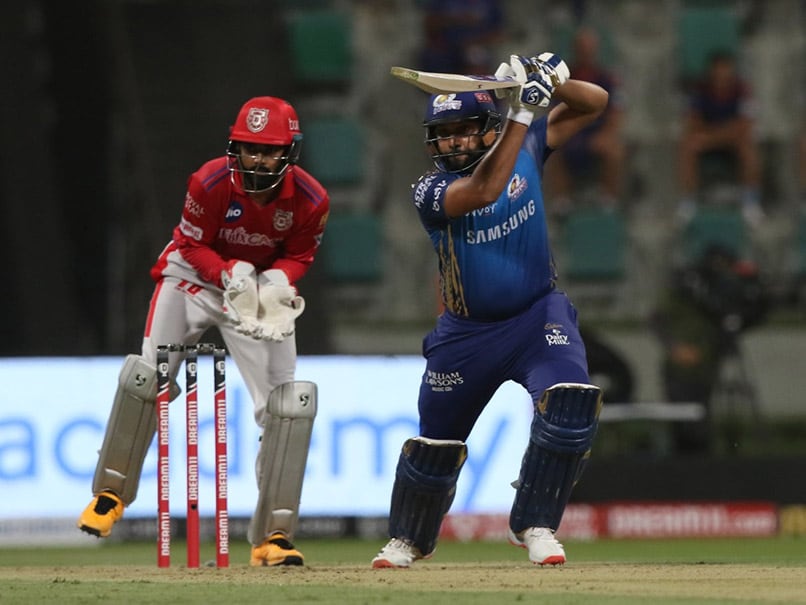 Rohit Sharma’s 70 off 45 balls that saw him go past 5000 runs in Indian Premier League (IPL) and a final-overs onslaught by Kieron Pollard (47 off 20) and Hardik Pandya (30 off 11) helped Mumbai Indians gets back to winning ways by beating Kings XI Punjab by 48 runs in Abu Dhabi on Thursday. 104 runs were scored in the last six overs by Mumbai, who were put in to bat by KXIP skipper KL Rahul. These included a 25-run 20th over bowled by Krishnappa Gowtham – he was taken for four sixes, three by Pollard and one by Pandya. In the penultimate over, Mohammed Shami was hit for four fours and Jimmy Neesham went for 57 in his four overs including 40 in his last two.

Consequently, Mumbai posted an above-par 191/4 and helped by their all-round bowling attack restricted Kings XI to 143/8.

On a day their top two scorers KL Rahul (17 off 19) and Mayank Agarwal (25 off 18) didn’t fire, Kings XI had their middle order exposed to Mumbai’s top-quality attack and they came apart rather spectacularly.

Karun Nair (0), Glenn Maxwell (11), James Neesham (7) and Sarfaraz Khan (7) all failed and even though Nicholas Pooran accelerated during his 44 off 27, he was dismissed by James Pattinson in the 14th over to mark the beginning of the end for Kings XI.

Since Pooran’s wicket, KXIP lost 5 for 42 as Mumbai choked their opponents in the phase they had accelerated in their innings.

At the end of 16 overs, Mumbai were 124/3 when Rohit was dismissed. However, the Kings XI’s lack of experience in the death showed with Neesham and Gowtham leaking runs.

KXIP leg spinner Ravi Bishnoi went wicket-less even as the ploy of playing Gowtham keeping in mind the left-handers in the Mumbai line-up did not pay dividends.

Sheldon Cottrell was the pick of the bowlers for KXP, returning 1/20 from four overs. Shami and Gowtham got a wicket each.

For Mumbai, Pattinson, Jasprit Bumrah and Rahul Chahar got two wickets each while Krunal Pandya and Trent Boult got one wicket apiece.

With this win, Mumbai went atop the points table with four points from four matches while Kings XI are placed sixth with two points.