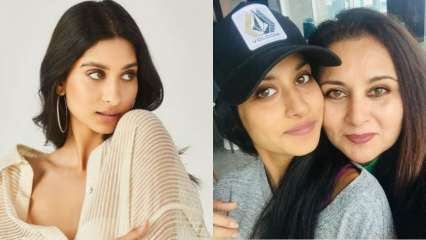 These days, star kids are the new celebrities in B-town. With a massive fan following on social media, each star kid is a dude or diva in their own right. In fact, even the ones who haven’t debuted in the Hindi film industry attract a lot of media attention and have fan clubs on Instagram and Twitter who religious post updates about them. From Khushi Kapoor, Suhana Khan to Agastya Nanda, these stars kids are famous even before they have stepped foot in the film industry.

But today, we will introduce you to a lesser-known star kid who isn’t camera shy but has rather just been spoken less about than any star kid of her age. We are speaking about veteran star Poonam Dhillon’s daughter, Paloma Thakeria Dhillon.

All of 26, Paloma is a diva in her own right. Her Instagram account which is in private mode has a massive 45 thousand followers. And although very few have access to her Instagram photos, fan clubs on the photo-sharing app often share updates about the diva as much as her mother, yesteryear star Poonam Dhillon herself.

Some of Paloma’s photos that have been shared on social media by her mother and her fans show how stylish the diva is. From slaying it in a western ensemble to looking drop-dead gorgeous in traditional attire, Paloma is surely the new fashion icon on the block.

Alumni of Mumbai’s Jamnabai Narsee School, Paloma loves to travel, do yoga and is a great dancer. She is her mother’s ‘darling daughter’ and is often seen getting clicked with Bollywood celebs like Kiara Advani, Ranbir Kapoor among others.

Take a look at some of her photos and videos shared online:

Paloma has a brother Anmol Thakeria Dhillon, who made his movie debut with the romantic comedy ‘Tuesdays & Fridays’. The two siblings share a great bond and Anmol even has pictures with Paloma on his Instagram handle. Take a look:

Earlier there was buzz that Paloma may enter Bollywood. While there has been no confirmation on the same, it would be great to see Poonam Dhillon’s daughter cast her magic onscreen and win over the audience just like her mom.