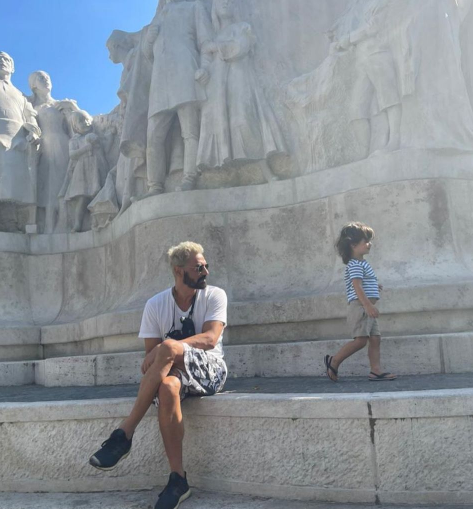 Ahead of the shoot for his upcoming film, ‘Dhaakad’, Arjun Rampal was seen holidaying with his family in Budpest, Hungary. He was accompanied by his girlfriend Gabriella Demetriades and their son Arik.

He took to Instagram on Wednesday to share some beautiful family pictures from the vacation. The actor conveyed that he wants to enjoy quality time with his family before resuming work for his upcoming film. “Some quality time with the family. Before I get to work. #beautiful #budapest #gratitude #dhaakad,” Arjun captioned his photos.

He was recenlty spotted outside hairstylist Aalim Hakim’s salon rocking his new look platinum blonde look for his film, ‘Dhaakad’. He also shared some pictures on social media flaunting his new dapper look. Arjun will play the role of the antagonist Rudraveer in the film which also stars Kangana Ranaut.

Arjun completed a part of his shoot for ‘Dhaakad’ earlier this year in February. On finishing the shoot, he posted a picture with the entire team of the film on Instagram and captioned it as “one hell of a film”. The actor shot for the film over the past few months in Bhopal.

Arjun had also recently recovered from COVID-19 in April. Post his recovery he urged people to get vaccinated as soon as positive and be safe.

Apart from the spy thriller ‘Dhaakad’, Arjun will also feature in the historical drama ‘The Battle Of Bhima Koregaon’. The Ramesh Thete directorial features Arjun as the warrior Sidhnak Mahar Inamdar. Sunny Leone makes an appearance in the film, too.