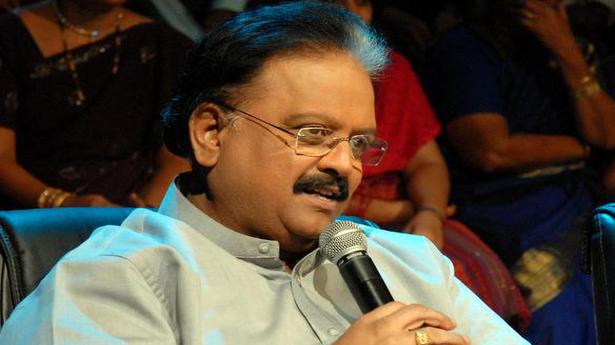 SPB as a singer was always respected, but his other exceptional quality was the way in which he guided other aspiring musicians during his stint on talent shows

When SP Balasubrahmanyam sang ‘En Kadhale’ (Duet) last year during the semi-finals of Super Singer, everyone was astonished. The man was 73, and still singing like a dream, with every note and swara falling in place impeccably.

“I cannot forget that,” recalls singer Shweta Mohan, who was part of the judges panel along with names like Anuradha Sriram, Unnikrishnan and Benny Dayal. “It was sheer bliss and we were all in awe. As much as his presence is intimidating for the sheer volume of work he has done, he carries himself as though he has done nothing,” she says.

SPB as a singer was always respected, but his other exceptional quality was the way in which he guided other aspiring musicians during his time at talent hunts and reality shows.

‘Mukkuthi’ Murugan knows that well. The singer, who hails from Dharmapuri and won the title last season, enthralled SPB by not only rendering ‘Oru Kuttu Kiliyaga’ (Padikkadhavan) but also simultaneously drawing a sketch of SPB and Malaysia Vasudevan. “Even before we got on stage, he called all of us aside and blessed us, and asked us to treat him as a friend,” says Murugan, who also showed his other art works to the singer, “He kept saying, ‘Don’t think of this as a competition, enjoy singing’.” One of Murugan’s lifetime dreams also came true during the show … when he sang ‘Ennama Kannu’ (Mr Bharath) with SPB on stage. “I was looking forward to sharing the stage again,” rues Murugan, who is scheduled to record a track with music composer Anirudh for a project soon.

SPB’s association with music talent hunts goes a long way – he has been associated with Super Singer since its inception. “Every time we started a new season, we would keep him posted,” says a Star Vijay spokesperson, “He was always enthusiastic about spending time and listening to the contestants.” Over the years, SPB has been part of all seasons of the show, which he described as family. “Whenever he met a contestant, he would recall the songs he had sung in the previous rounds, and praise them. He kept track of every singer, however junior they were, and kept encouraging them on to greater heights.”

A voice like SPB: How his work influenced singers