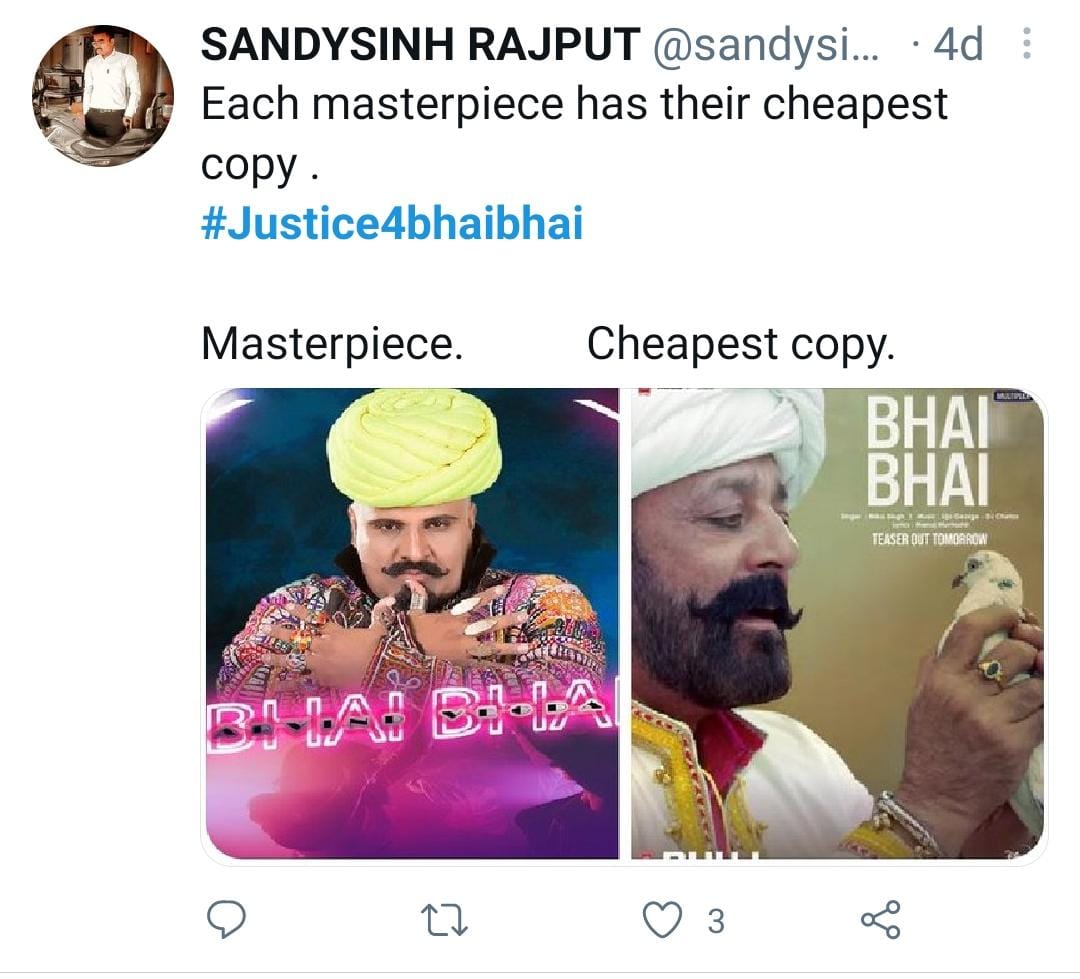 Arvind Vegda, a Gujarati singer, has questioned the makers of ‘Bhuj: The Pride of India’ for plagiarising his song ‘Bhai Bhai’ and not giving him credit. Mika sings the film’s Bhai Bhai song, which features Sanjay Dutt and was recently released. The song’s hook line is based on Vegda’s Gujarati song ‘Bhai Bhai’.

Have a look at his tweets here-

Why everytime #Bollywood @TSeries @MikaSingh on the pretext of #remix Steals the original creation and allegedly slaps own banner and label and releases the song. Feeling so disappointed and low that despite the film being based on our #Gujarat and #Bhuj .

Here is how Netizens reacted-

Take a look at the song here-

The song was previously featured in Sanjay Leela Bhansali’s film ‘Goliyon Ki Raasleela Ram-Leela’, which stars Deepika Padukone and Ranveer Singh. Arvind had objected to the song being used without his permission. It was labelled as a folk song by its creator, but the vocalist claims it is not. Bhavai, he said, is a Gujarati theatre folk.