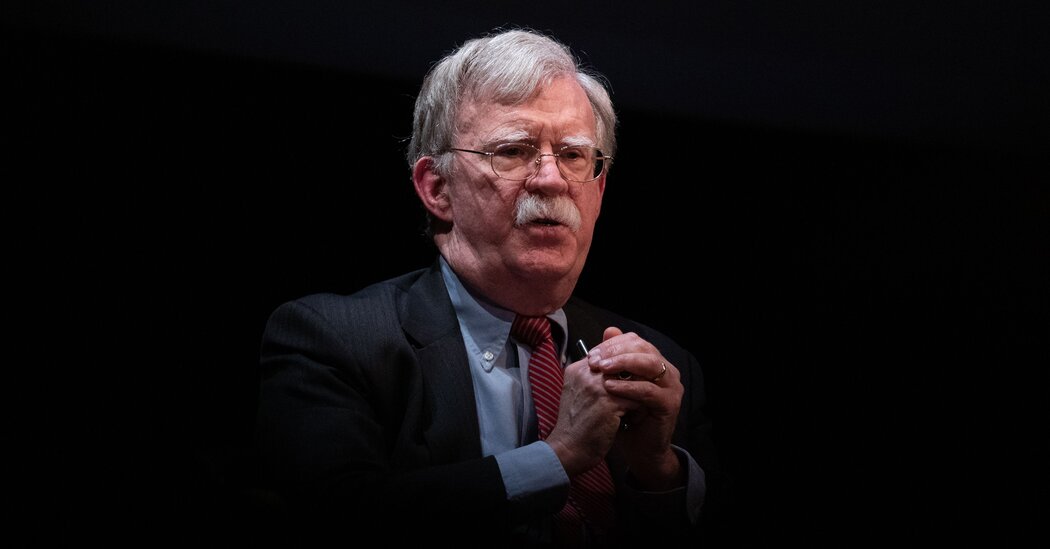 A Justice Department spokeswoman, Kerri Kupec, said, “We are pleased with the ruling.”

Charles J. Cooper, a lawyer for Mr. Bolton, said that, “The court’s decision, which we are still studying, means that the case will now move forward to the phase in which the parties will develop and present their evidence to the court.”

The Bolton legal team has also asked Judge Lamberth, if he let the case proceed, to order the White House to turn over evidence to them about the process that administration officials used to handle the manuscript, letting his lawyers know what the government considers classified and permitting them to read internal White House emails and depose witnesses.

Ms. Knight has accused Trump political appointees of illegitimately politicizing the prepublication review process for Mr. Bolton’s book, and Mr. Bolton’s lawyers want to make the case that the government breached its own duty to handle the matter in good faith — and that nothing in the book is truly classified.

But a Justice Department lawyer argued last week against permitting any such “discovery,” saying Mr. Bolton’s decision to publish the book without waiting for written permission is itself sufficient to trigger a ruling that he must forfeit his proceeds from it.

In another legal matter related to a memoir and prepublication review, a federal judge Northern Virginia this week entered a judgment in a case against Edward J. Snowden, the former National Security Agency contractor who disclosed archives of classified surveillance and hacking related documents to journalists in 2013.

Mr. Snowden has been indicted on suspicion of unauthorized disclosures of classified information and has been living in Russia. But he has given dozens of paid speeches by teleconference, and last year published a memoir, “Permanent Record,” without submitting the prepared remarks or the book manuscript to the prepublication review process.

When his book was published, the Justice Department filed a similar lawsuit —- although it did not try to block publication of the book — seeking to seize Mr. Snowden’s past and future profits from such activities.