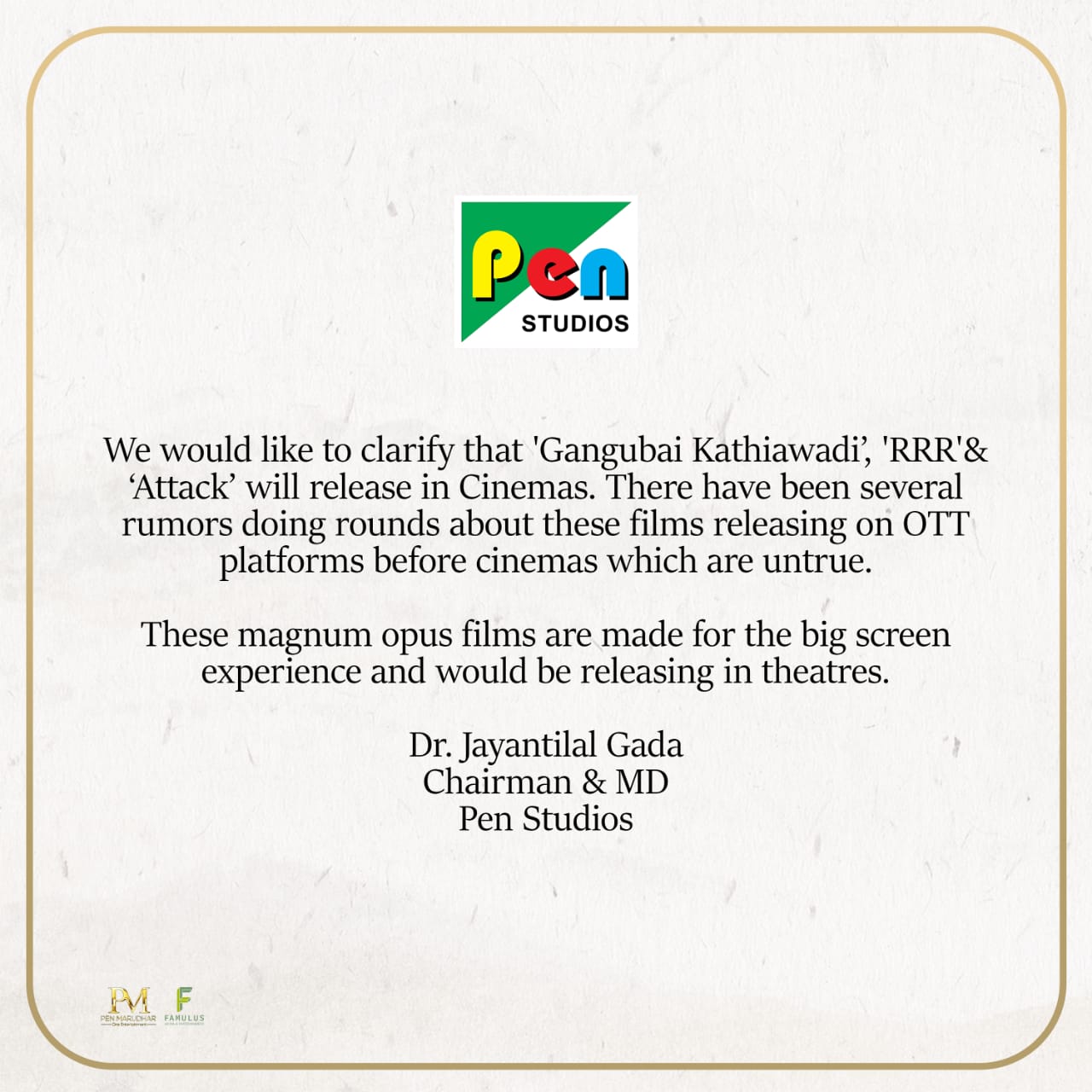 The producers of Alia Bhatt’s ‘Gangubai Kathiawadi’, SS Rajamouli’s ‘RRR’, and John Abraham’s ‘Attack’ have confirmed that the three films will hit theatres. For quite some time, there had been rumours that these films will be released on OTT platforms. The claims were debunked today, September 8, by Pen Studios, the production company behind the three films. The filmmakers stated in a statement that the films are designed for the large screen and will be released in theatres.

Pen Studios, the production company behind ‘Gangubai Kathiawadi’, ‘RRR’, and ‘Attack’, said today that the three films will be released in theatres. After rumours about the movie’ digital release began to circulate, the producers issued a statement.

Confirming that the three films will hit big screens soon, Pen Studio’s Chairman and MD, Jayantilal Gada, in a statement, said, “We would like to clarify that Gangubai Kathiawadi, RRR and Attack will release in cinemas. There have been several rumours doing rounds about these films releasing on OTT platforms before cinemas which are untrue. These Magnum opus films are made for the big screen experience and would be releasing in theatres”

Take a look at the statement-

In terms of ‘Gangubai Kathiawadi’, the film was set to hit theatres on July 30. However, due to the new coronavirus pandemic, its distribution was postponed. In the film, Alia Bhatt plays the titular character. Alia will also appear in another Pen Studios project, RRR, in addition to the Sanjay Leela Bhansali feature. Ram Charan, NTR Junior, and Ajay Devgn featured in the multi-starrer. Many international actors also appear in the film.