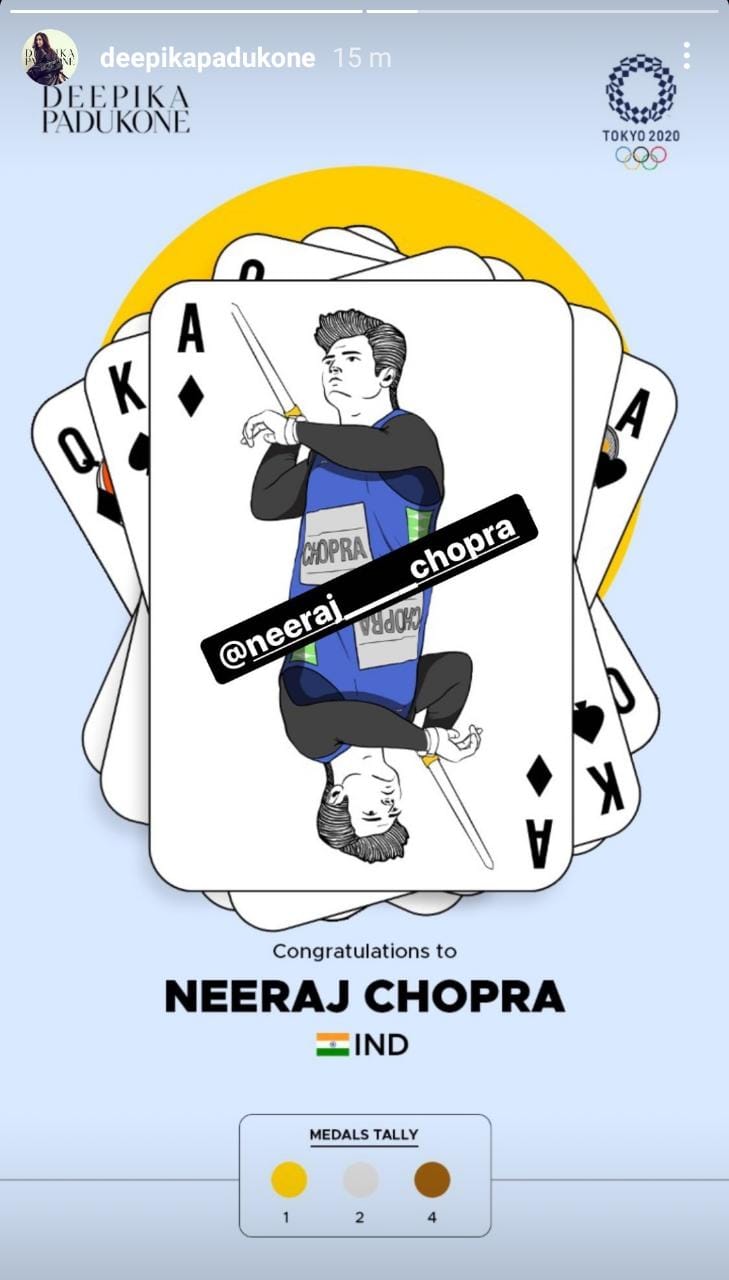 Neeraj Chopra won the men`s javelin on Saturday with a best throw of 87.58 metres, claiming a historic first Olympic gold in athletics for India. The Czech Republic`s Jakub Vadlejch won silver with a best attempt of 86.67 metres and Vitezslav Vesely claimed the bronze with 85.44.

Neeraj has received several well-wishes from celebrities. They are congratulating him on his victory on social media.

Take a look at the congratulatory posts-

(Shraddha Kapoor posted a custom template to congratulate the winner)

(Priyanka Chopra took to her Instagram story to wish Neeraj)

(Aliaa Bhatt wrote ‘Truely a GOLDen hour’ on her story)

Chopra, the 2018 Commonwealth champion, seized the lead after reaching the 87.03 mark with his first attempt, a distance no other competitor achieved during the final, winning India`s first gold of the Tokyo Games, as his overjoyed teammates and coaches watched from the stands.

(With Inputs from Reuters)