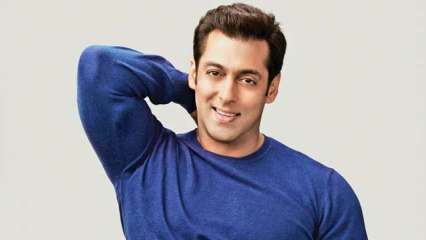 Bollywood superstar Salman Khan is without doubt one of the most popular one of the most actors in India. The ‘Dabangg’ Khan recently completed 33 years in Bollywood. Currently, the superstar is in Russia busy shooting for his upcoming film Tiger 3 with Katrina Kaif.

Salman Khan recently shared a picture of himself with his nephew and Sohail Khan’s son Nirvana Khan from Russia. Several photos of Salman went viral on social media recently as the superstar posed happily with his fans in Russia.

Salman Khan made his Bollywood debut in 1988 with the movie ‘Biwi Ho To Aisi’. The film featured Rekha, Farooq Sheikh, and Bindu in important roles, while Salman played the role of Farooq Sheikh’s brother.

In 1989, Salman featured in Sooraj Barjatya’s ‘Maine Pyar Kiya’ and the rest as they say is history. The film proved to be a blockbuster and it gave a superb boost to Salman’s career. Salman Khan had once revealed in an interview that his first salary was Rs 11,000 which he was paid to play a small role in ‘Biwi Ho To Aisi’. According to reports, Salman used to wear his own clothes for the filming of ‘Biwi Ho To Aisi’.