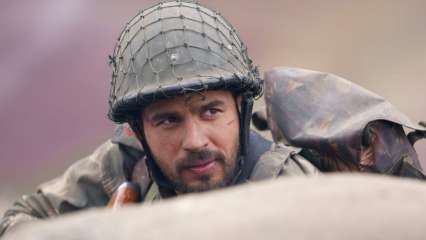 After the 2019 film ‘Marjaavaan’, actor Sidharth Malhotra is all set to win the hearts of the audience with his portrayal of real-life war hero Captain Vikram Batra (PVC) in the much-awaited movie ‘Shershaah’, to be released on Amazon Prime Video on August 12.

Before the release of the film, we caught up with Sidharth for a free-wheeling chat where we spoke about him playing Captain Batra, comparisons with Abhishek Bachchan’s portrayal of the real-life war hero, in ‘LoC: Kargil’ and more.

When asked how did he find comfort in essaying a larger-than-life character who is a real-life war hero and a romantic at heart, all at once, Sidharth told DNA in an exclusive video interaction, “It’s not very comfortable to play such a character who has lived a very heroic life. A lot of pressures come into it. He (Captain Batra) is someone who is very revered in the Army, loved and remembered by his loved ones whether it is his family or by Dimple.”

“For me, it’s been a long journey but it’s something that I am attached to. I feel that the story needs to be told in a certain way out of respect for all the officers who gave up their lives in the Kargil battle of 1999, and of course, for Captain Batra’s family and his sacrifice. So, I hope people get an essence of his life and eventually get inspired from his sacrifice and the legacy of the Indian Army soldiers lives on,” Sidharth added.

Opening up about Captain Batra’s qualities that he wished he possessed or imbibed while prepping for the role in ‘Shershaah’, Sidharth said he wished he had the confidence Captain Batra had while facing a dangerous situation or while overcoming fear.

He said, “I wish I had his sense of confidence when it comes to facing dangerous situations or overcoming fear. Fear is our biggest obstacle and there are so many people who are scared of doing so many things and out of fear don’t do them. But Captain Batra never let that stop him. It might sound cliche but, he actually proved it by laying his life down and overcoming fear and giving his life to beat the enemy and achieve his mission. That’s something very aspirational about him that I wish I had.”

Touching upon what were some of the things that he felt connected to while prepping for the role, Sidharth said, “The thing that I could connect to possibly would be his cultural upbringing and background. I come from a middle-class Punjabi household myself and so did he. When I meet his family they could very well be my relatives or family members, and that I feel adds in a sense of emotion from my end to portray him with utmost sincerity and to the best of my abilities. I hope and pray that firstly, the family should feel like we have done justice to their son’s life. That’s pretty much the review that I’m waiting for.”

Moving on, when asked about comparisons being made between Abhishek Bachchan and his portrayal of Captain Batra in ‘Shershaah’ and ‘LoC: Kargil”, respectively, Sidharth while mentioning that his film isn’t out yet, said, “We have pretty much concentrated on his life story and dived into more aspects of his personal life, his thought process. I honestly haven’t seen ‘LoC: Kargil’. I am aware of Abishek (Bachchan) playing the role of Captain Vikram Batra but whatever little I have seen of their trailer I don’t really see any similarities. I feel you can have five different takes on one story. And our’s is a more personal and fresh take because it’s made today.”

“It’s not about who has made this before, it’s about a gentleman who gave his life for the country and I think we need to show respect for him and not commercialise it to the extent where you are comparing apples to apples. These are all media questions that don’t really bother me. I am waiting for the family to see the film first and looking forward to what they think,” he concluded.