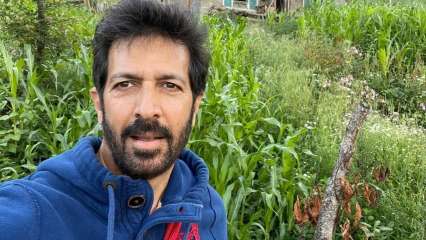 The world is watching the drastic effects of the Taliban takeover in Afghanistan with grim hearts and has expressed solidarity with its citizens, as there is not much that one can do. Filmmaker Kabir Khan, who has made several documentaries on Afghanistan has now narrated a spine-chilling incident from the time he was present in the country to shoot the conflicts between Taliban and Afghans in the aftermath of the 9/11 incident.

Kabir forayed into Bollywood in 2006 with the movie ‘Kabul Express’ which was loosely based on his experiences in post-Taliban Afghanistan. While speaking about the haunting incident, Kabir told Hindustan Times, “All of this is bizarre that after 20 years an organisation like the Taliban can come back.”

He added, “It makes me remember one little incident from my documentary, where we were interviewing some of the Taliban members in 2001 post the 9/11 incident. And one senior Taliban member just looked straight into my camera, said, ‘You think we are gone, we will be back’. The confidence with which he said at that time sent chills down my spine. And now, when I remember that statement, it haunts me.”

Kabir is extremely worried for the people of Afghanistan and especially women and artists. He shared that he has been getting SOS calls from his friends, but his heart breaks as he is unable to provide any help to them.

“One of my friends and actor Bashir has been forced to run away from his house and go underground after his place was ransacked by the Taliban,”the filmmaker said adding, “I feel artistes are anyway soft targets because they are high profile and recognisable.”

The 52-year-old said, “In the first avatar of Taliban in 1996 -2001, forget films, they did not even allow photography. The only photographers that were allowed to operate were passport photographers.”

Kabir Khan is also doubtful whether the Taliban will let the film industry flourish in the country now. “A lot of small-scale films were being made. I don’t know whether they will be allowed to continue or whether anybody will have the courage to try and continue. Because everybody knows their opinions on cinema and music,” he says, adding, “I doubt that the film industry will be allowed to survive. The Taliban ideology will not allow them to continue,” he said.

Kabir Khan is currently working on the sports biographical film ’83’ based on the 1983 cricket World Cup that India won. The movie stars Ranveer Singh as Kapil Dev along with Deepika Padukone, Tahir Raj Bhasin, Saqib Saleem, Pankaj Tripathi and Boman Irani among others.