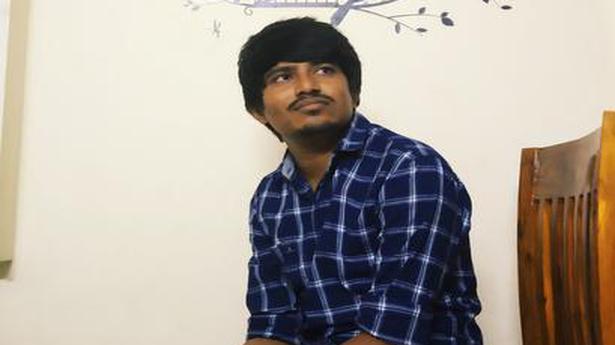 We have heard of silent movies. Ever heard of a movie without visuals? A 11-minute trilingual short film A Date in the Dark, directed by Singara Mohan, is a virtual audio film made using realistic environment sounds to narrate a story. Made by a five-member team led by the 22-year-old B.Tech student Mohan, the film was uploaded to YouTube on June 4.

Says Mohan, who also runs an e-learning startup called Vector Academy, “The inspiration to make A Date in the Dark came to me when I watched a similar Telugu film called Dialogue in the Dark by Prashant Varma. The idea was always on my mind; lockdown made me sit and write the script. My friend Chinna helped me during the scripting stage. Alekhya Patowary and Drona Srinivas lent their voices. They recorded it from their homes. I edited using the Amazon Audacity tool.”

It took 40 days for the team to put the final product together. The film, which has English subtitles, is an intriguing tale of a husband spending his final days with his visually-impaired wife. Mohan claims that he has sent the film to a few festivals. A Date in the Dark was selected for screening at ‘Lift-Off Sessions 2020’ this year, and will also be screened at Pinewood Studios and Raleigh Studios in the US.

Was it tough to make an audio film? “A film is nothing but narrating a story with motion pictures. While generating the same level of experience with virtual audio is tough, we have to bring out the ambient sounds of the environment where the scenes are being narrated. Besides, sound effects of every minute activity have to be collected to bring that realistic experience,” Mohan adds.