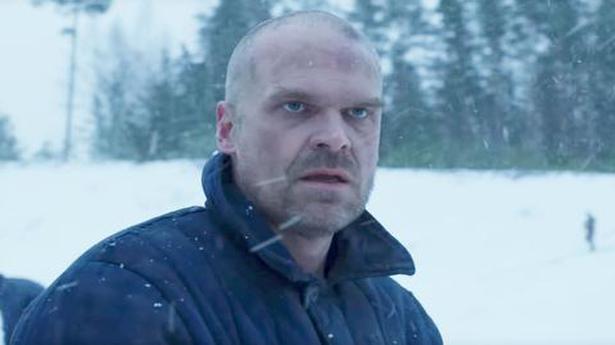 A teaser clip, which was released by streamer Netflix early this year, confirmed that Harbour’s character is alive but imprisoned by the Russians

“Stranger Things” star David Harbour has teased that the season four arc of his character Jim Hopper will be similar to that of Ian McKellan’s Gandalf from “The Lord of the Rings” trilogy.

The character had seemingly died towards the end of the last episode of the third season, which premiered in July 2019. However, a post-credit scene had hinted that Hopper might be alive.

A teaser clip, which was released by streamer Netflix early this year, confirmed that Harbour’s character is alive but imprisoned by the Russians.

In an interview with Total film, Harbour discussed the character’s resurrection, explaining how Hopper will be the “same guy but in a different vein.”

“I mean, you couldn’t go on the way he was going on. He has to resurrect in some way. So it was a great opportunity to do that. So we’ll see a very different guy going forwards. The same guy but in a different vein. It’s a very cool thing to be able to play,” he added.

“Stranger Things”, created by Matt and Ross Duffer, is set in the 1980s and takes a look at the fictional town of Hawkins, Indiana, where a secret government lab accidentally opens a door to another dimension referred to as the Upside Down.