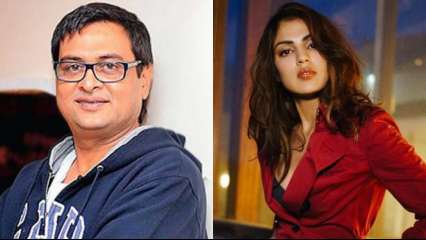 Rhea Kapoor made headlines after she was accused of being involved in the death of Sushant Singh Rajput. Because of the same reason, the actress received a lot of negative feedback and internet trolling. She hasn’t starred in a film since then, but she will now appear in Rumy Jafry’s ‘Chehre.’

In an interview with Etimes Rumy said, “Rhea Chakraborty’s personal life will not affect the film. Yes, if the film would have released last year then it may have been affected like a lot of things were going on concerning late actor Sushant Singh Rajput case. She was arrested and many others things happened. But now the things have changed with the perception of the people.”

He adds that “till last year Rhea was a ‘witch’, a ‘gold-digger’ and whatnot. This year she was declared as the ‘Most Desirable Woman’. This shows there has been a change in the perception of people. So, I don’t feel the film will have an effect because of what happened with her last year”.

For the uninitiated, Rhea, who was dating late star Sushant, was detained on suspicion of supplying drugs for him. She was released after nearly a month in prison.