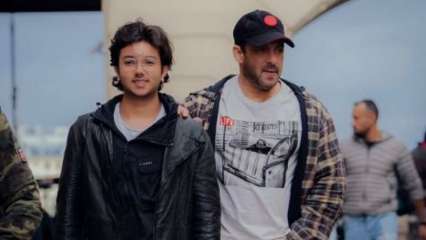 On Friday, Bollywood superstar Salman Khan took to his Instagram handle to share a photo with his nephew Nirvan Khan from Russia where he is currently shooting the upcoming spy thriller ‘Tiger 3’. In the now-viral photo, Salman and Nirvan are seen sauntering on the streets of Russia.

For the unversed, Nirvan Khan is the son of actor-producer Sohail Khan. As for Salman Khan, the 55-year-old star looked dapper in ripped blue jeans paired with a grey t-shirt, chequered jacket and a baseball cap. Nirvan is sporting olive green cargo pants paired with a black leather jacket and a sweatshirt. To complete the look, he is seen wearing glasses.

“Chacha Bhatija @nirvankhan15”, Salman Khan captioned the image, which currently has over 1.5 million likes on the photo-sharing platform.