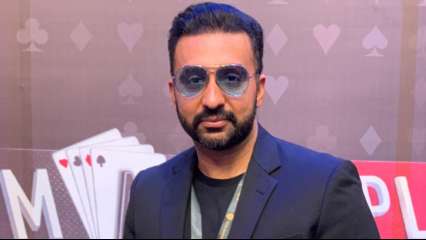 When the matter came up for hearing, his lawyer Prashant Patil argued that the other co-accused in the case are already out on bail and the offences against Kundra attract a punishment of less than seven years, and hence deserved protection from arrest.

Opposing the plea, Additional Public Prosecutor Prajakta Shinde said that the role of accused (Kundra) was different from the other co-accused and sought more time for instructions on the merits of the case.

While granting time, Justice S.K. Shinde allowed an interim order preventing Kundra`s arrest till August 25, when the next hearing is scheduled.

He further contended that there is no evidence to link him against the HotShot App and was being made a `scapegoat`.

However, late on July 19, Kundra was nabbed in a similar complaint registered by the Crime Branch in 2021 for which he was sent to custody.

Last week, after a lower court rejected his anticipatory bail plea, he moved the Bombay HC which has granted him interim relief against arrest for a week.