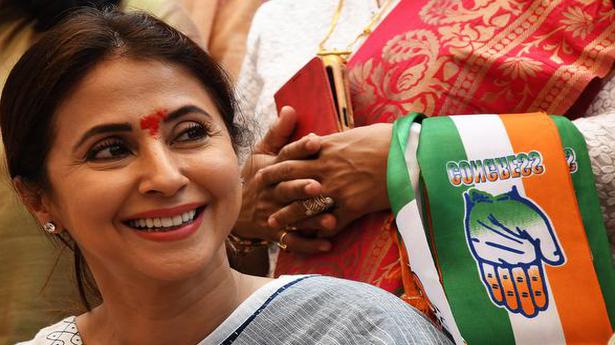 Matondkar had called out Ranaut’s claims about nepotism in the industry and Bollywood being riddled with a drug problem.

Ranaut’s comments were met with criticism from the industry, with many hailing Matondkar’s consistent “grace and dignity” throughout her career of over 25 years.

Varma, who has worked with Matondkar in many acclaimed films like “Rangeela”, “Satya” and “Bhoot”, said the 46-year-old actor has proved her talent time and again.

“Not wanting to get into slinging matches with anyone, I believe that @UrmilaMatondkar has more than proved her versatile talent in enacting such diversely complex roles as in ‘Rangeela’, ‘Satya’, ‘Kaun’, ‘Bhoot’, ‘Ek Haseena Thi’”

Bhasker tweeted a list of “outstanding performances” of Matondkar, right from her debut as a child actor in “Masoom”, to Sriram Raghavan’s “Ek Hasina Thi” in 2004 and said she has always marvelled the actor.

Anubhav Sinha said Matondkar was one of the most “beautiful, elegant, evocative, expressive” actors ever.

Others in the fraternity also came out in support of Matondkar, including actors Pooja Bhatt, Sayani Gupta and screenwriter Kanika Dhillon.

Calling Matondkar a “legend”, Bhatt said with her performance in “Rangeela”, the actor had “raised the bar” for all her contemporaries.

“You left us all, co-actors and an entire generation of movie goers, awestruck! Sensuality and dignity. Two qualities you combined and embodied. Respect,” Bhatt tweeted.

Ranaut’s comments about Matondkar come a day after she criticised veteran actor and Rajya Sabha MP Jaya Bachchan for raising her voice in the House against those defaming the Hindi film industry.

Writer Kanika Dhillon said both, Bachchan and Matondkar, should be lauded for their graceful conduct.

“Amidst all the madness -appreciation tweet for #JayaBachchan Ji and @UrmilaMatondkar for speaking out and shining through with grace and dignity and showing how women in the industry can lead, protest and conduct themselves gracefully without vilifying others all at the same time! #WomenOfCourage,” she added.