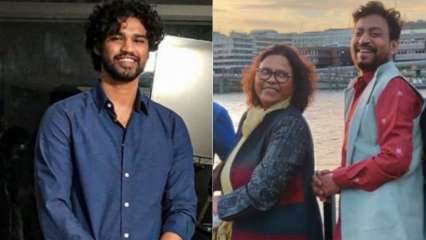 Thursday turned out to be a treat for late actor Irrfan Khan’s fans as his elder son Babil shared an unseen picture of the former, who had passed away on April 29, 2020. Taking to Instagram, Babil posted the image, wherein Irrfan can be seen sharing smiles with his wife Sutapa Sikdar.

The couple could be seen standing next to a lake with a friend. “Dropping his joy here for his fans because it has been a while,” he captioned the post.

“Irrfan lives in our hearts,” a user commented. “Look at his smile. This picture made my day,” another one wrote. “He lives in our heart as Pan singh tomar, as haasil, as hindi medium, as maqbool, as our soul, as our heart, as our mind, as a human being… He has never left us… Never,” wrote a third user while a fourth one commented, “That smile my legend miss you so much beautiful memories.”

Some time back, Babil shared a photo of himself chilling in the middle of the lake in a picturesque location. As per a now deleted comment, Babil had said that the lake was gifted to him by his father. “Lake Babil,” she captioned the post.

Meanwhile, Babil is set to make his acting debut with Netflix’s ‘Qala’. Recently, he also revealed that he is a part of filmmaker Shoojit Sircar’s upcoming project.