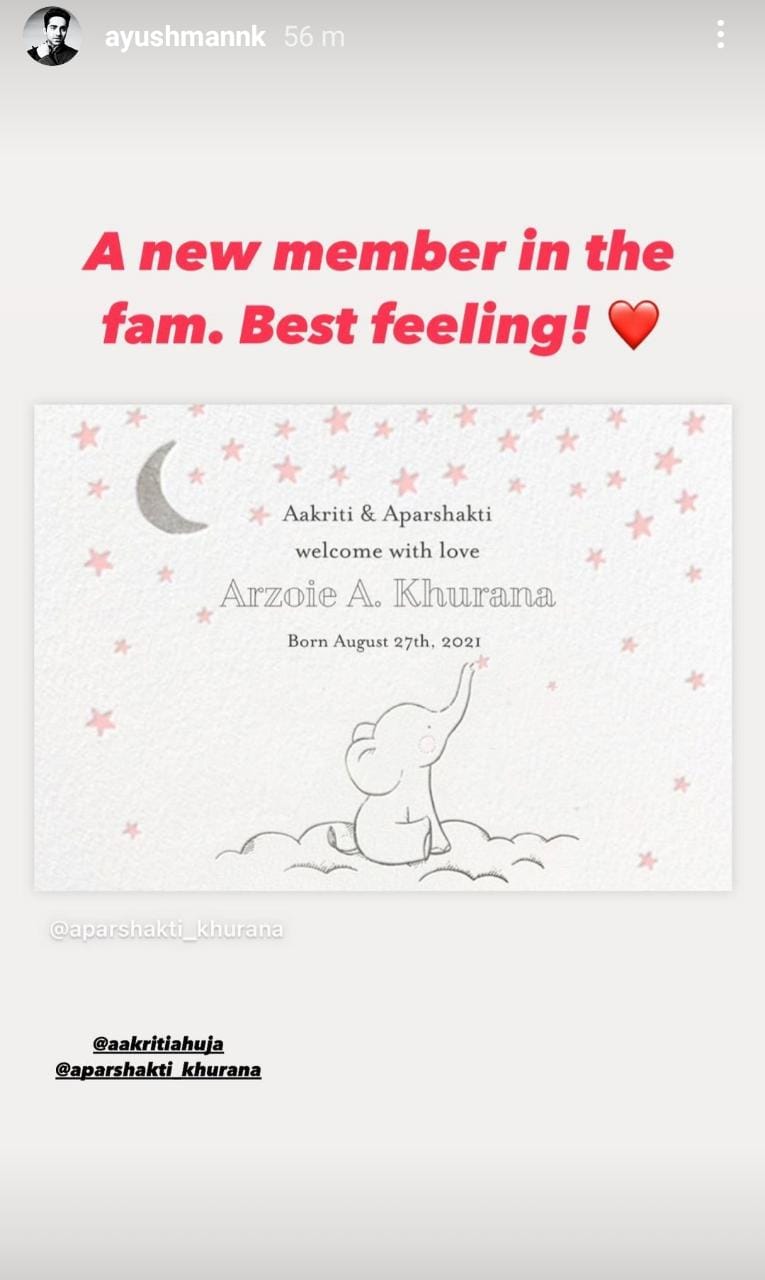 Aparshakti Khurana, Ayushmann Khurrana’s brother, recently welcomed his first child with his wife Akriti Ahuja, and he rushed to social media to announce it in the cutest way possible.

The actor had been sharing photos of his maternity shoot and fans were eager to know when the baby is due.

Today he took to his Instagram and posted about the good news. He shared a doodle of a baby elephant sitting on the clouds, and wrote, “Aakriti and Aparshakti welcome with love Arzoie A. Khurana”. He dropped a couple of heart emojis along with the post.

Here are some photos from the maternity shoot-

Aparshakti Khurana is an Indian actor, radio host, comedian, singer, and television host, as well as a former Indian cricketer who captained the Haryana U-19 team. He is actor Ayushmann Khurrana’s younger brother.

The sports biography ‘Dangal’ (2016) was Khurrana’s first Bollywood project, and it became one of the highest-grossing Indian films of all time, earning him multiple awards. He went on to portray supporting roles in films like ‘Badrinath Ki Dulhania’ (2017), ‘Stree’ (2018), ‘Luka Chuppi ‘(2019), and ‘Pati Patni Aur Who’ (2019), all of which were commercially successful (2019