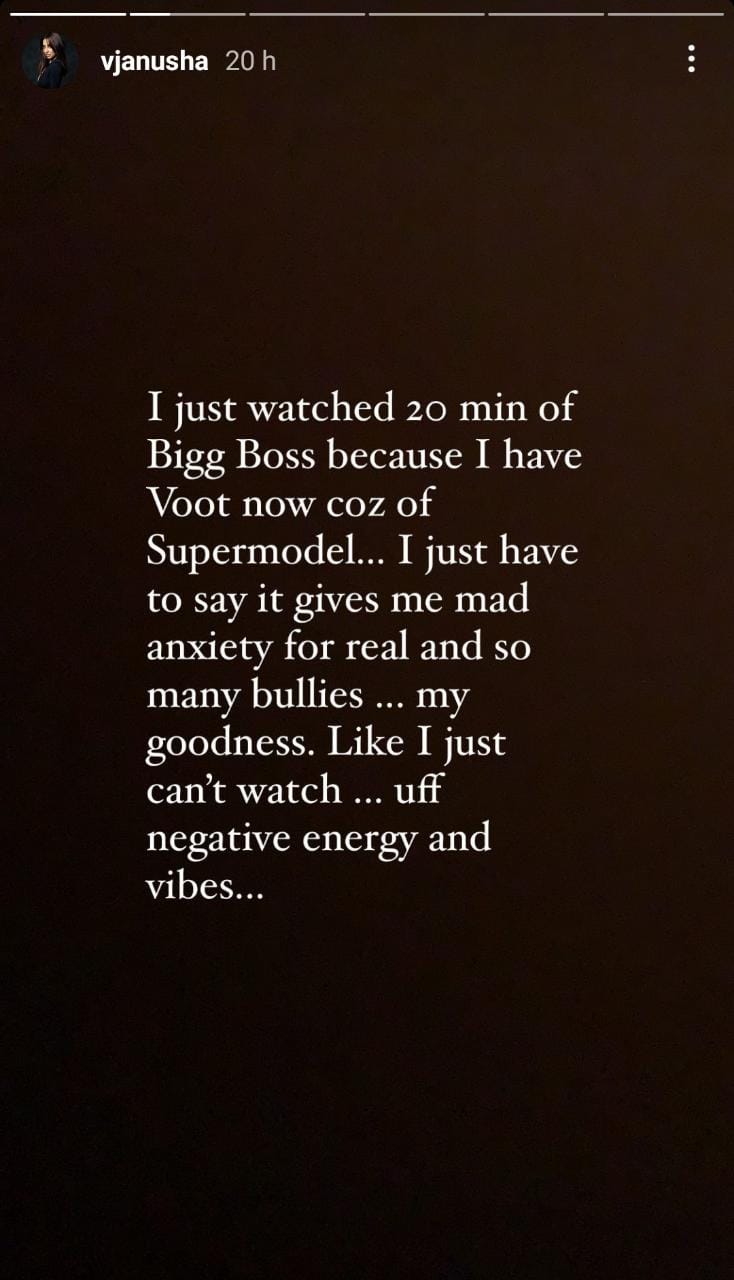 Anusha Dandekar is well-known for her outspokenness on social media. She recently had the opportunity to see 20 minutes of ‘Bigg Boss OTT,’ which brought her worry.

She took to Instagram and wrote about it on her story. She wrote “I just watched 20 minutes of Bigg Boss because I have VOOT now because of Supermodel. I just have to say it gives me mad anxiety for real and so many bullies. My goodness. Like I just can’t watch.. uff negative energy and vibes”.

Anusha is presently shooting for the second season of the fashion reality show ‘Supermodel of the Year’ with Malaika Arora and Milind Soman.

Anusha moved to Mumbai in 2002, at the age of 19, to seek a career in the entertainment industry. MTV’s ‘House of Style’ cast her as an anchor. She went on to host shows like ‘MTV Dance Crew,’ ‘MTV Teen Diva,’ ‘MTV News,’ and ‘MTV Love School.’

She made her Bollywood debut in 2003 with ‘Mumbai Matinee’ and went on to star with Bollywood legends Amitabh Bachchan, Sanjay Dutt, Sharmila Tagore, and John Abraham in 2005’s ‘Virudh’.