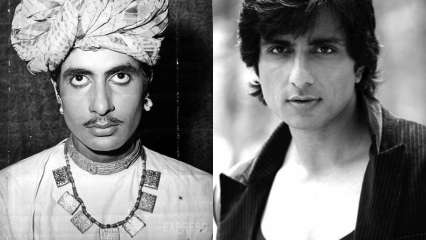 Amitabh Bachchan, the megastar of Bollywood, is constantly posting photographs and videos to his social media accounts. He enjoys interacting with his followers. On the other hand, on Sunday, he took the internet by storm when he published a flashback photo from his past. His followers were perplexed by the photo, and they compared him to another actor, Sonu Sood. Yes, you read that correctly. They recognised the performer in his image. The image was taken during a look test for his 1971 film Reshma Aur Shera.

Taking to his official Instagram handle, he wrote, “my look test for film “Reshma aur Shera” .. 1969 .. I actually got selected”.

The actor is dressed in a Rajasthani man’s attire in the photo. On his head, he sported a huge turban, two necklaces, and earrings. In addition, he had kohl in his eyes.

Fans too to the comment section and wrote , “I don’t want to disrespect Amitabh sir, but I am the only one who for a second got a glance of Sonu Sood sir in him?” Another fan wrote, “Sonu Sood.”

On the work front, he will be next seen in ‘Goodbye’, ‘Brahamstra’. His film ‘Chehre’ trailer is also out. It was scheduled to release in April but owing to the pandemic it got postponed. He also has ‘Jhund’, ‘Prabhas 21’, T’era Yaar Hoon Main’ in his pipeline.