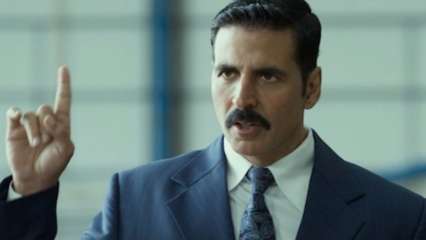 The film certification authorities in Saudi Arabia, Kuwait and Qatar have banned the screening of ‘BellBottom’ in their countries because of alleged ‘tampering with historical facts’. The espionage thriller is based on the series of plane hijacks that took India by storm in the 1980s.

“The second half of Bell Bottom shows the hijackers taking the aircraft to Dubai from Lahore. As per the actual incident that took place in 1984, United Arab Emirates Defence Minister, Sheikh Mohammed Bin Rashid Al Maktoum, had personally handled the situation and it was the UAE authorities who had nabbed the hijackers,” Bollywood Hungama quoted a source as saying.

“So there’s a strong possibility that the Censor Board in the Middle Eastern countries must have taken objection to it and hence banned it,” the source added.

In ‘BellBottom’, Akshay Kumar is leading the operation. Meanwhile, several Bollywood celebs including Riteish Deshmukh, Kangana Ranaut and Ajay Devgn among others have commended Akshay and the team of ‘Bellbottom’ for releasing the film in theatres and leading the way for other films.

The film released across India with 50% occupancy. On Friday (August 20), the film raked in Rs 2.75 crore in box office credits while on Saturday, it garnered Rs 2.40 crore, as per a Bollywood Hungama report.