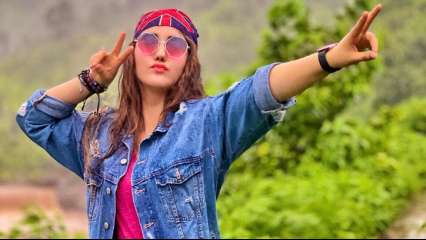 Ashnoor Kaur, the star of ‘Yeh Rishta Kya Kehlata Hai,’ recently became famous after receiving her board exam results. The actress received a 94% on her 12th-grade exams.

Ashnoor has now been talking about her dreams, work and a lot more.

Speaking to News18, she said, “I wanted to set an example. Many people came to me and said that you have proved us wrong that actors can’t be intelligent. They are intelligent. It is about your passion, your talent and the choices. It is not related to mental ability and intellect.”

I was expecting that my result will be good. I had worked very hard. I had given my hundred percent in all my vivas and practicals because I did not want to disappoint myself. I had set expectations. I wanted to make my parents proud. Before the results, I was nervous. I had not checked my class 11th grades and did not know how it would all be counted in the final result. My parents were there with me when I checked it online. We all screamed in excitement. It was a nice family moment. I have recently got a Shih Tzu pup and he also started licking me.”

Ashnoor also had an interview with Times of India earlier in which she said, “It feels great. I feel nice and accomplished. I scored 93% in 10th and hence I thought I should get more than that. I didn’t even take up new projects as I wanted to concentrate on my studies. So it has finally paid off”.

“I wish to pursue BMM and focus on my studies. For my masters, I might go abroad. Apart from acting, I also want to learn filmmaking and direction.”

She also revealed that she has booked a new house, Ashnoor said, “I have booked a new house and it is my dream house. It is under construction. It feels good as it reflects that you are growing up, doing things on your own. Hard work pays. The house will be ready by next year first half. I have shifted to a new house, but I didn’t buy that.”

For the unversed, Ashnoor Kaur is known for her roles in ‘Jhansi Ki Rani’, ‘Yeh Rishta Kya Kehlata Hai’ and ‘Patiala Babes’, and has also appeared in films like ‘Sanju’ and ‘Manmarziyaaan’.

Indian Premier League 2020: Shane Warne Says Sanju Samson Could Play All Formats For India If He Is Consistent | Cricket News