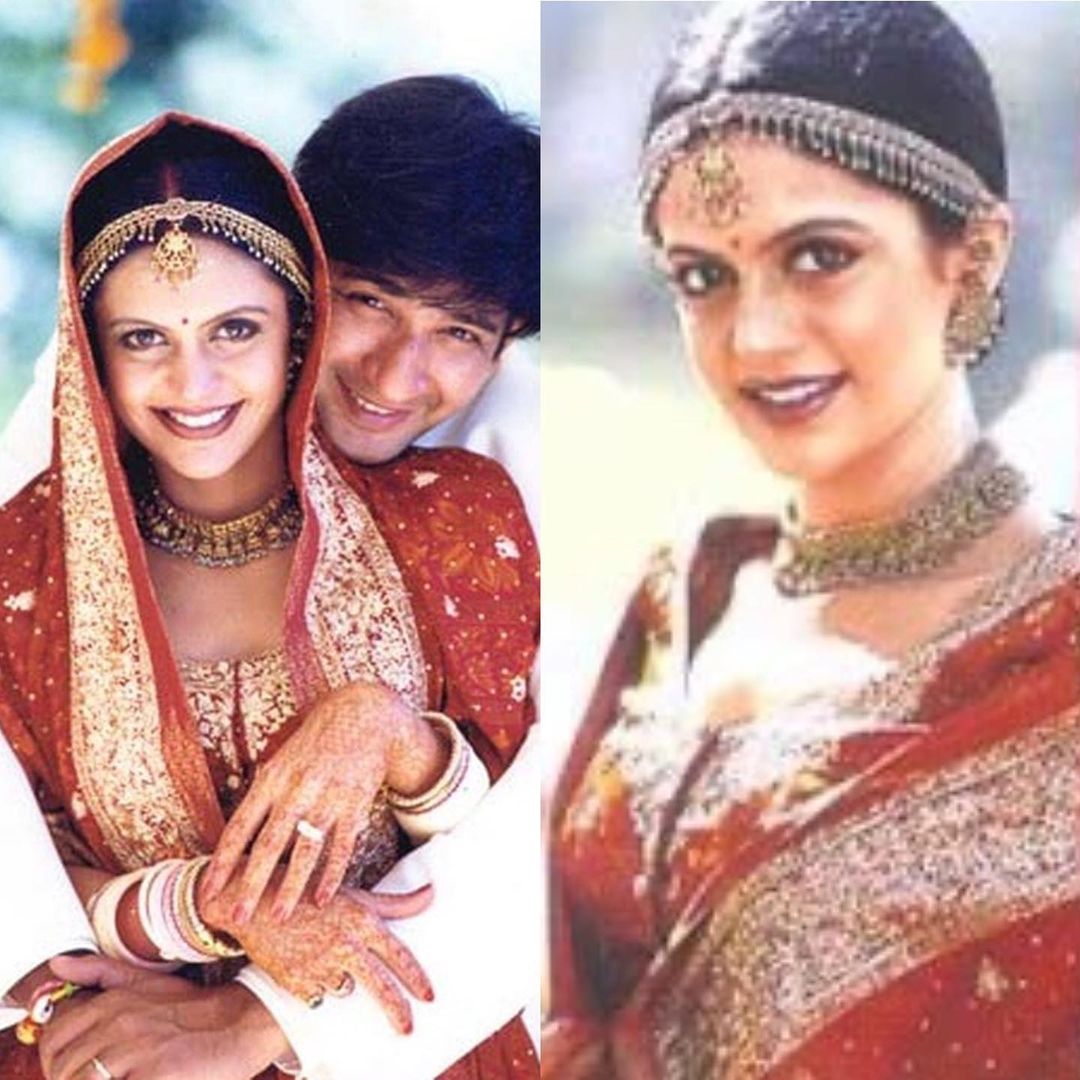 Actress Mandira Bedi’s husband, filmmaker Raj Kaushal, passed away on Wednesday morning. After his demise, a few pictures of the couple’s wedding have gone viral on social media.

In the photos. Mandira is wearing a gorgeous red lehenga and the two can be seen happily smiling for the camera. The photos bring out beautiful memories of the couple in these difficult times.

For the unversed, Kaushal reportedly succumbed to a heart attack. Several friends and industry colleagues took to social media on Wednesday to mourn his demise. And now, photos from his last rites have put everyone in a state of shock.

Actor Rohit Roy confirmed the news to Indian Express, saying, “Raj passed away this morning, around 4.30 am, he had a heart attack. He was at home, by the time the family could get any medical help, Raj had gone.”

There were several videos of Mandira breaking down while she was on her way performing the last rites. Huma Qureshi, Apurva Agnihotri, Samir Soni, Ronit Roy, Gul Panag and Ashish Chaudhary are a few names who attended the last rituals of Raj Kaushal.

Raj Kaushal and Mandira Bedi got married on February 14, 1999. The couple has a son named Vir, who was born in 2011 and in October 2020, they adopted a four-year-old girl child, Tara Bedi Kaushal.

Watch: Mandira Bedi spotted on a morning walk with her mother for the first time since husband Raj Kaushal’s death