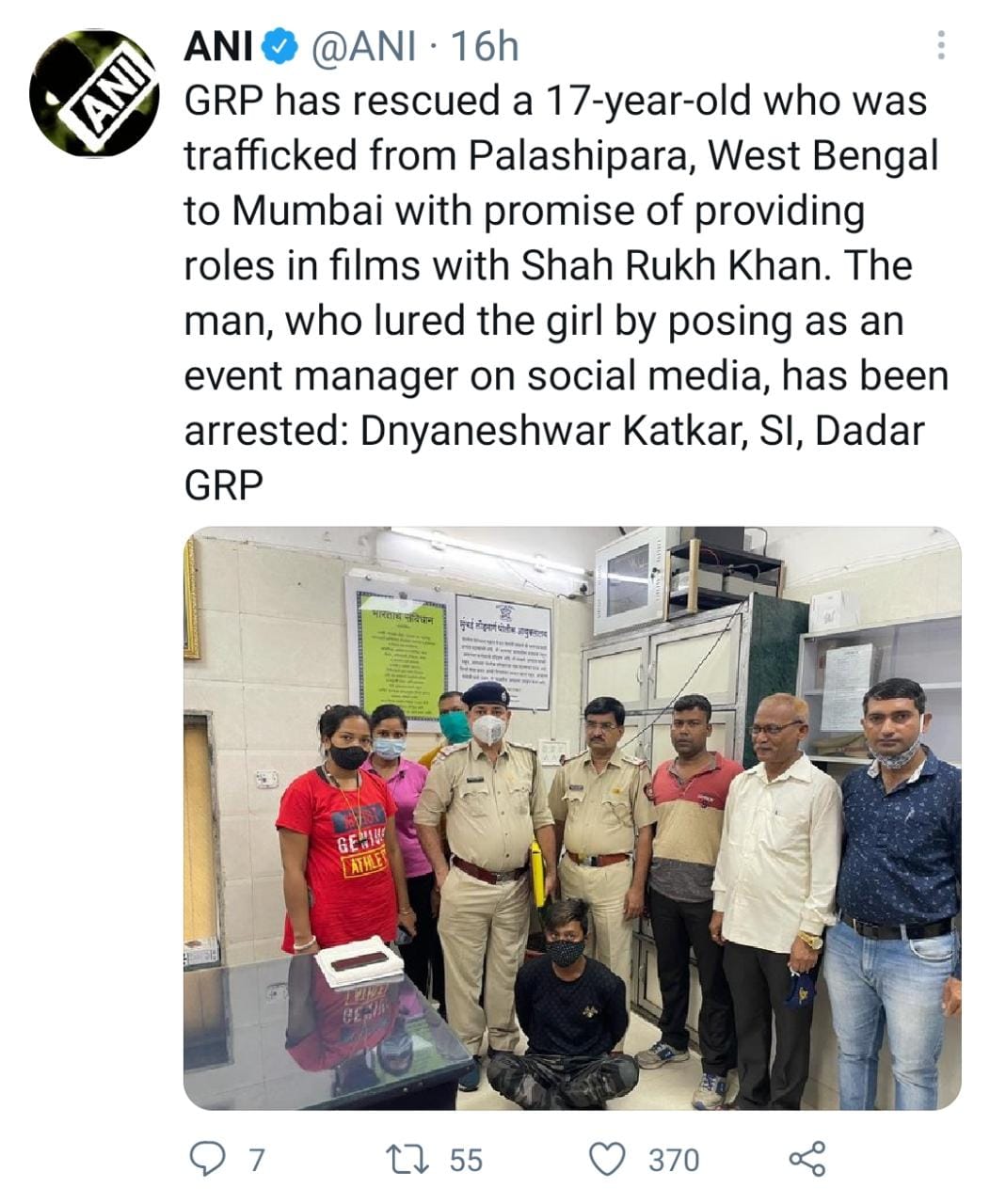 Many people fly to Mumbai in the hopes of making it big in Bollywood and working with celebrities such as Amitabh Bachchan, Shah Rukh Khan, and others. Individuals who go to the Maximum City with the aspiration of pursuing a career in films and meeting stars but are oftentimes misled.

According to reports, the man befriended the young girl on Facebook and communicated with her on a daily basis. He then pretended to be SRK’s event organiser and persuaded her to come to Mumbai from Palashipara, West Bengal. GRP was able to track them down, and the girl was rescued, while the man was taken into custody.

The same was reported by ANI and their tweet read:

“GRP has rescued a 17-year-old who was trafficked from Palashipara, West Bengal to Mumbai with promise of providing roles in films with Shah Rukh Khan. The man, who lured the girl by posing as an event manager on social media, has been arrested: Dnyaneshwar Katkar, SI, Dadar GRP.”

Meanwhile, Shah Rukh Khan will next be seen in the film ‘Pathan,’ which also stars Deepika Padukone and John Abraham. As of now, little is known about the project because an official announcement has yet to be made. After a three-year break, Shah Rukh is expected to be returning to the big screen with this film. He was recently seen in the film ‘Zero,’ which starred Katrina Kaif and Anushka Sharma.